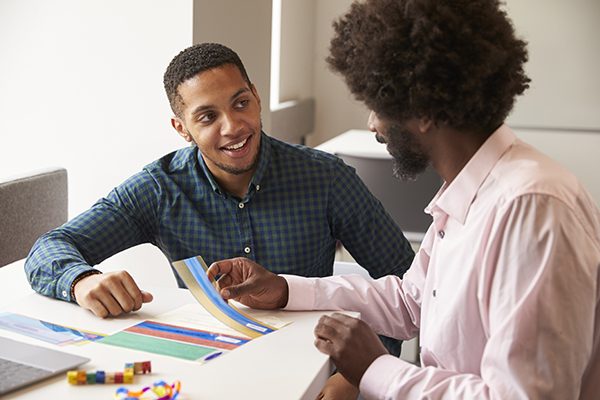 The dictionary definition of dyslexia is:

dyslexia noun/dɪˈslek.si.ə/ n [U]  – a difficulty with reading and writing caused by the brain being unable to see the difference between some letter shapes

Dyslexia is evident when accurate and fluent word reading and/or spelling develops very incompletely or with great difficulty. This focuses on literacy learning at the ‘word level’ and implies that the problem is severe and persistent despite appropriate learning opportunities. It provides the basis for a staged process of assessment through teaching. (British Psychological Society, 1999)

‘Ten per cent (10%) of the British population are dyslexic; 4% severely so. Dyslexia is identified as a disability as defined in the Equality Act 2010’

However, it should be recognised that children/young people with dyslexia can demonstrate marked differences between their abilities in different areas – particularly oral versus text based skills – and that recognising their strengths can increase their success and engagement with learning.

The definition used does not rely on identifying a particular profile of cognitive skills. However, positive indicators of dyslexia would include: difficulty in processing the sounds in speech and linking them to written letters, and in short term or working memory since these ‘phonological processing’ difficulties are core to most scientific hypotheses about the causes of dyslexia. All learning difficulties, including dyslexia, are complex and interactive in their nature and so can only be fully understood with reference to a range of contexts in which they occur.

Educational psychologists would use a variety of standardised tests in order to inform a diagnosis, these may include a WISC IV/V, a BAS 3 or a WIAT II. These tests give a cognitive profile of a learner.  This information would be combined with other sources of information in order to make a full and complete ‘triangulated’ and evidence based diagnosis.  Early signs that teachers can identify in order to help the full assessment include:

It is usually a diagnosis made over time. There are screening tests available from a number of sources, but usually a definite diagnosis is made by an Educational Psychologist.

Whether you are a school looking for psychology support, or a parent seeking support for your child, get in touch. Our friendly staff are here to answer any initial questions you may have.

Get in touch to find out more
We use cookies to ensure that we give you the best experience on our website. If you continue to use this site we will assume that you are happy with it.OkPrivacy policy